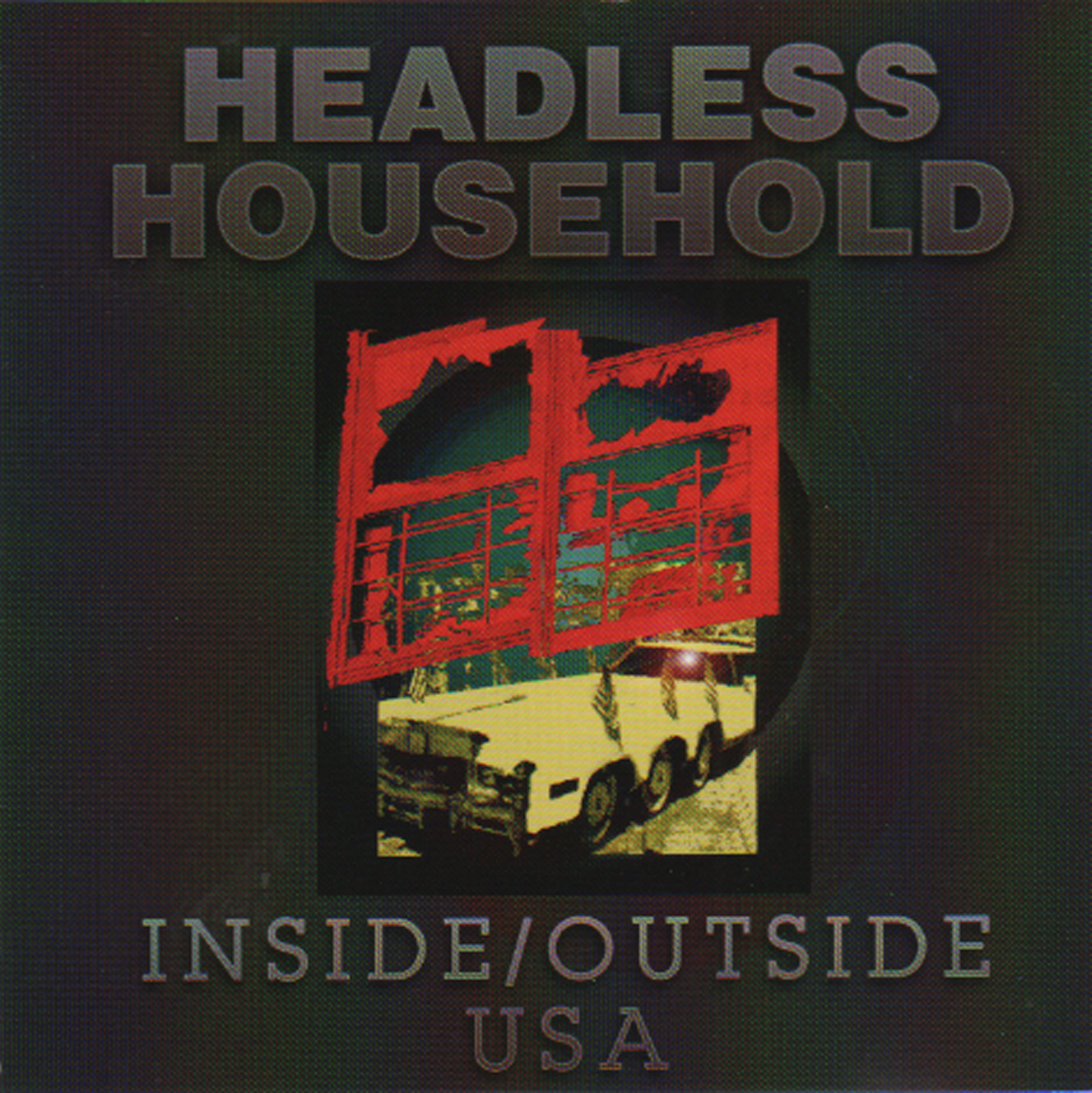 What: Headless Household, toasting the 25th birthday of Inside/Outside USA

Headless Household returns to SOhO, Wednesday, January 11, for a trip through its pile of years and albums, through the latest, Balladismo 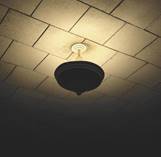 Headless Household, one of Santa Barbara’s strangest and longest-shelf-life bands, returns to one of its favorite rooms, SOhO, after a couple years’ absence, on Wednesday, January 11, 2017. They are armed with new attitude and a new(ish) album, Balladismo--a "mostly ballads" project, with detours—the incurably eclectic band’s ninth album in its 33 years on the planet.

Next up, it’s rumored that, for its tenth record, the band is working on a blues album—hints of which will spill into its SOhO set. Well… blues, of a sort. The Headless sort.

The new album is finally here!
Stepping into some familiar musical terrain, Just A Closer Walk offers Jazz infused approaches to the realm of gospel music and spirituals. These are songs I've known and grown up with my entire life.
We recorded this album live last August when I was in Santa Barbara, CA., spending a day recording in the sanctuary of Saint Michael and All Angels Church in Isla Vista. We did it the "old school" way - putting a stereo mic in the middle of the room, positioning ourselves accordingly and then just playing. The album features Tom Buckner on tenor sax, Jamieson Trotter on piano, Jim Connolly on bass, and Peter Buck on drums.
I believe we captured something special. I hope you'll enjoy listening to it, and I look forward to seeing you at one of the upcoming release shows. (see details below)
Thanks,
Nate a "microfest," celebrating 25 years of Household Ink Records, SOhO, May 21 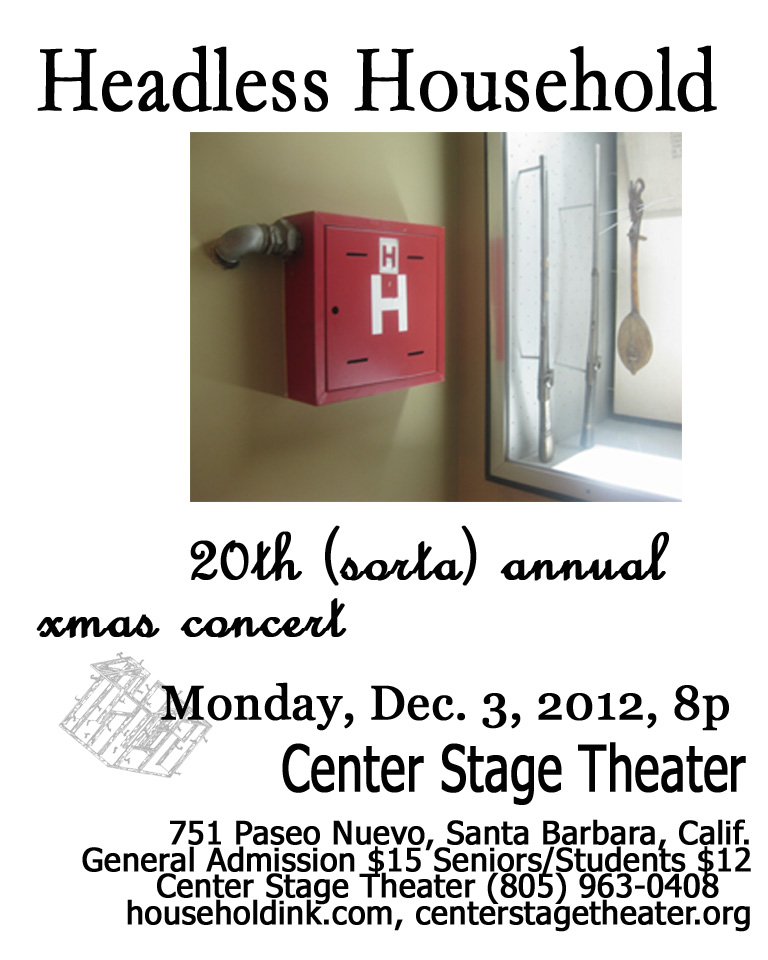 --post-Polka, 3rd annual N�vemberfest, on a double-bill with Kalinka, November 15, 2012 at Muddy Waters 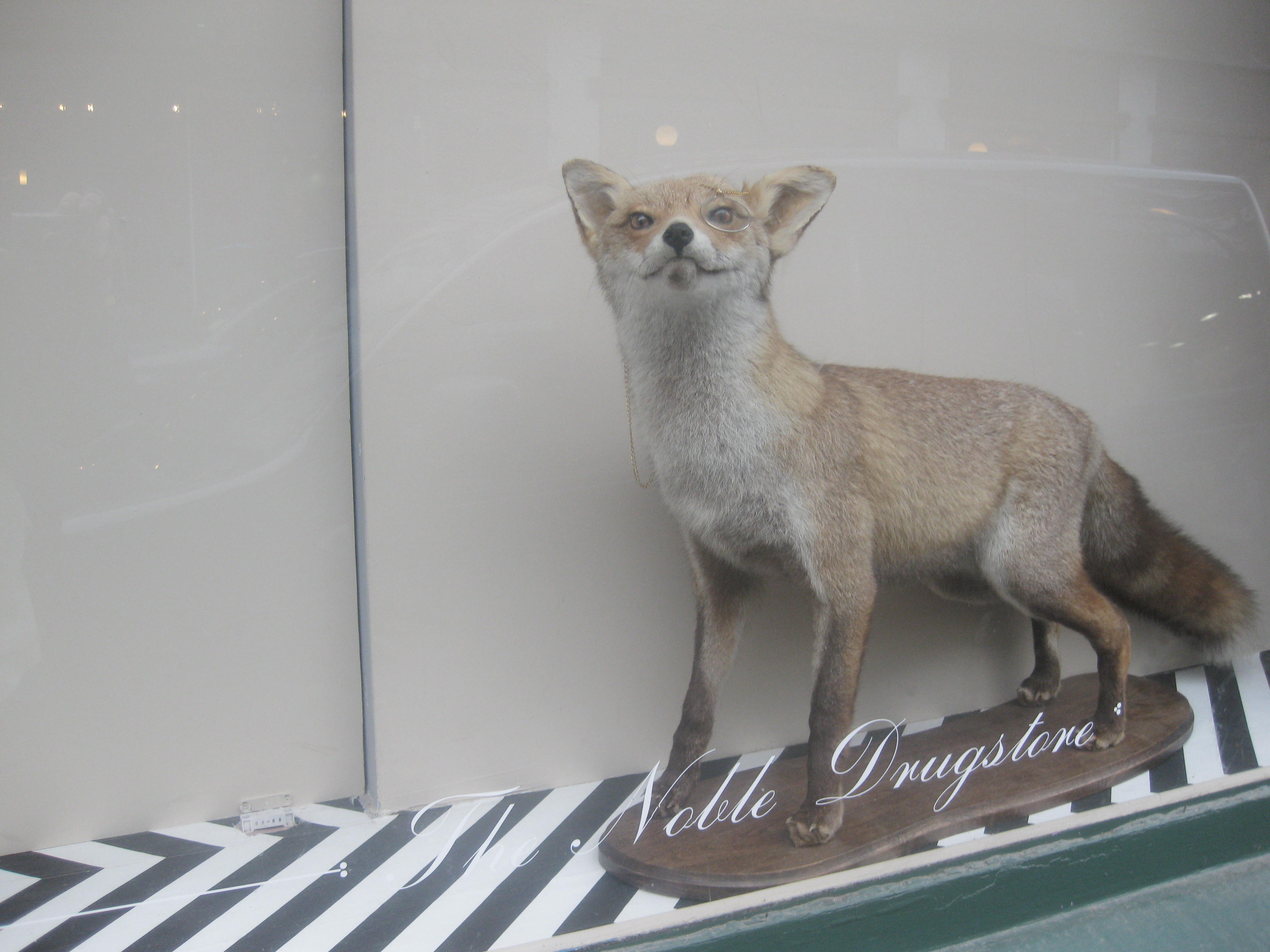 Household Ink Records proudly announces the latest effort by the diversely-gifted Julie Christensen, Weeds Like Us... Following up her jazz album Something Pretty and the folk-rock-soul Where the Fireworks Are, comes a strong new song set of "gr 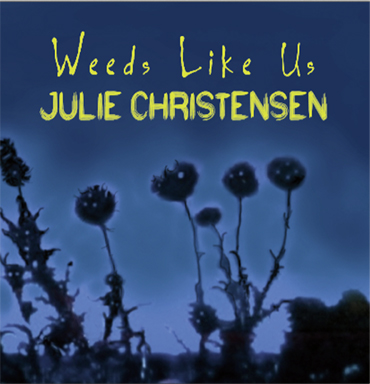 eat plains soul," with natural veins of Americana running through it...

Looking forward to this reprise of a McCabe's Bill from a long time back. With me will be my band, including Jeff Turmes and Steve Mugalian! This will also be our Record Release Party for "Weeds Like Us"

In the Plaza: Enjoy live music from Santa Barbara�s own Dada-inspired band Headless Household, and a special re-visiting of Intersphere, a visual and aural project created for the Santa Barbara Museum of Art by Richard Dunlap in 1981. Interact with artist Patrick Melroy and his Fluxus-inspired team as they improvise from period performance art pieces.  Experience �Now and Then,� a re-invention and homage to the poetry- and jazz-laced performance created by artist Richards Ruben in Pasadena in 1962�led by noted local poets Paul Willis, Perie Longo, David Starkey, and Chryss Yost, with jazz iterations by Jon Nathan.  Cheer for your favorite team in the Marcel Duchamp-inspired �Five Minute Found Object Sculpture Game.�