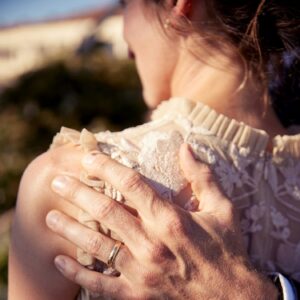 Wedding Album (On this Day) is an EP consisting of instrumental guitar pieces by Joe Woodard, as played at the wedding of Claire Woodard and her betrothed John Pemberton, on June 21, 2022 at Greens in San Francisco. For the occasion, Claire asked if Joe might play pieces from his large book of what he called his “pleasant, noodly” guitar instrumentals at the event. As a summer project with a cause, Woodard recorded these numbers at Would-Be Studio.

Ambient Dinner Music? Could be…

The title tune “On this Day” (heard here in both instrumental and vocal versions) was played while the father guided the bride to the ceremonial destiny of a couple destined to be conjoined connubially. Salutations to the happy couple, on that day and into the wild blue future.

Woodard is still in the sentence construction business by day, but also avidly plugs away at various original music projects. He released a solo album, Goleta Electric, in April, 2022 (which introduced the EP’s song “Freedom in Kentfield,” in vocal clothes). Generally, he prefers to fold into group settings, such as Headless Household, flapping, Flapping, Lucinda Lane, Tableaux Sonique and more to come. (More to Come is not a band name, although, hm…)

Track listing: On this day, Claire-ity, Holidazed, Afternoon into Evening, Lulled, Page from the Past, It’s Wintertime, Topple the Morning, On This Day (vocal version), Found Weekend, Freedom in Kentfield. 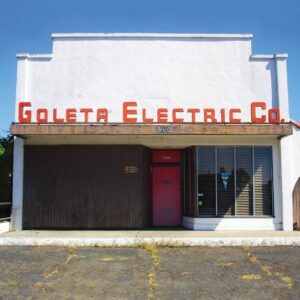 “Prolific arts writer and longtime musical collaborator Joe Woodard steps out as a neo-folk songwriter on Goleta Electric. The album, which was recorded at the artist’s home studio during the pandemic, features musicians Jim Connolly, Zach Gill, Chris Symer, Brian Mann, and Bill Flores along with backing vocals by Ellen Turner, Allegra Heidelinde, Julie Christensen, and Shelly Rudolph. Quirky, literate, and uncompromising, Woodard’s tunes will appeal to listeners who favor the dry end of the 21st-century folk scene. Recalling similar intimate solo efforts by such artists as Jay Farrar and Jim O’Rourke, this is music for winter nights by the fire with a glass of something equally precious and well distilled. Credit Jim Connolly in particular for enhancing the album’s gorgeous sonic palette. Listen here on Bandcamp.” 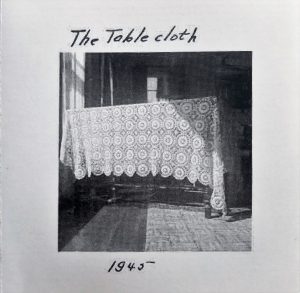 “songs of quiet loneliness, yes, but always with a twist in the tale.”

Household Ink Records is a little label with a few big ideas. It started out in 1987 as the in-house label for the new music combo Headless Household. Now, with 40+ titles in the HI catalogue, Household Ink is also a growing, thriving micro-conduit for assorted groups, including

Ideas are flung about. Genres stretch–new music, folk, rock, jazz, and an operative otherness. Forward motion is valued, as well as thinking in a sideways fashion. Somewhere, amidst confusion and polyism, come little moments of clarity and potential humor.