It began as an odd merger of musicians: Tom Lackner and Joe Woodard, drums and guitar, converging with the rhythm sectional tromp of Rob Taylor and Bruce Winter, guitar and bass, respectively. They played, made TEX, then Rob left to pursue Rob. flapping, Flapping, FLAPPING lost a word. Then, Glen Phillips joined the fold. Then they played and enjoyed each other's otherness, and made a CD, Montgomery Street, and then Glen left to play in his popular combo, Toad the Wet Sprocket, and onto his steady life as a solo artist.

At last, flapping, Flapping album #3 was released, with the birth of seeyoutonite, i n May 2020.

The saga continues, although the direction remains pleasingly vague.

Enter the Year of Our Lord 2020, and seeyoutonite, the long-promised, long-labored-over long play record is finally out, only 24 years after the previous model, Montgomery Street (1996). Much has changed, and much mulched in the soil of sameness. The core band is now Tom Lackner (drums, percussives, production) and Joe Woodard (guitars, vocals, songsmithery, founding member Bruce Winter having flown for eastern shores. But no less than 20 musicians have kindly graced these tracks with their various musical powers. The singing team includes Woodard, Glen Phillips, Parry (Nerf Herder) Gripp, Zach Madden, Jesse Rhodes, Todd Capps, and a cameo by Bruce ('seeyoutonite') Winter, adorned by the dulcet tones of harmonists Anna Abbey, Lois Mahalia, Nicole Lvoff, and David Cowan (whose garden was the inspiration for 'Wonder in the Backyard'). 'Faux Flannery (O’Connor)' narrator Lara Ernest also shows up, reprising her role from the album TEX’s 'Wise Blood,' on the Wise Blood-related song 'Stinger.' Claire Woodard breaks out her French skillage, as translator/narrator on 'Wonder in the Backyard (Slight Return)' (aka 'Marveille dans le jardin'). 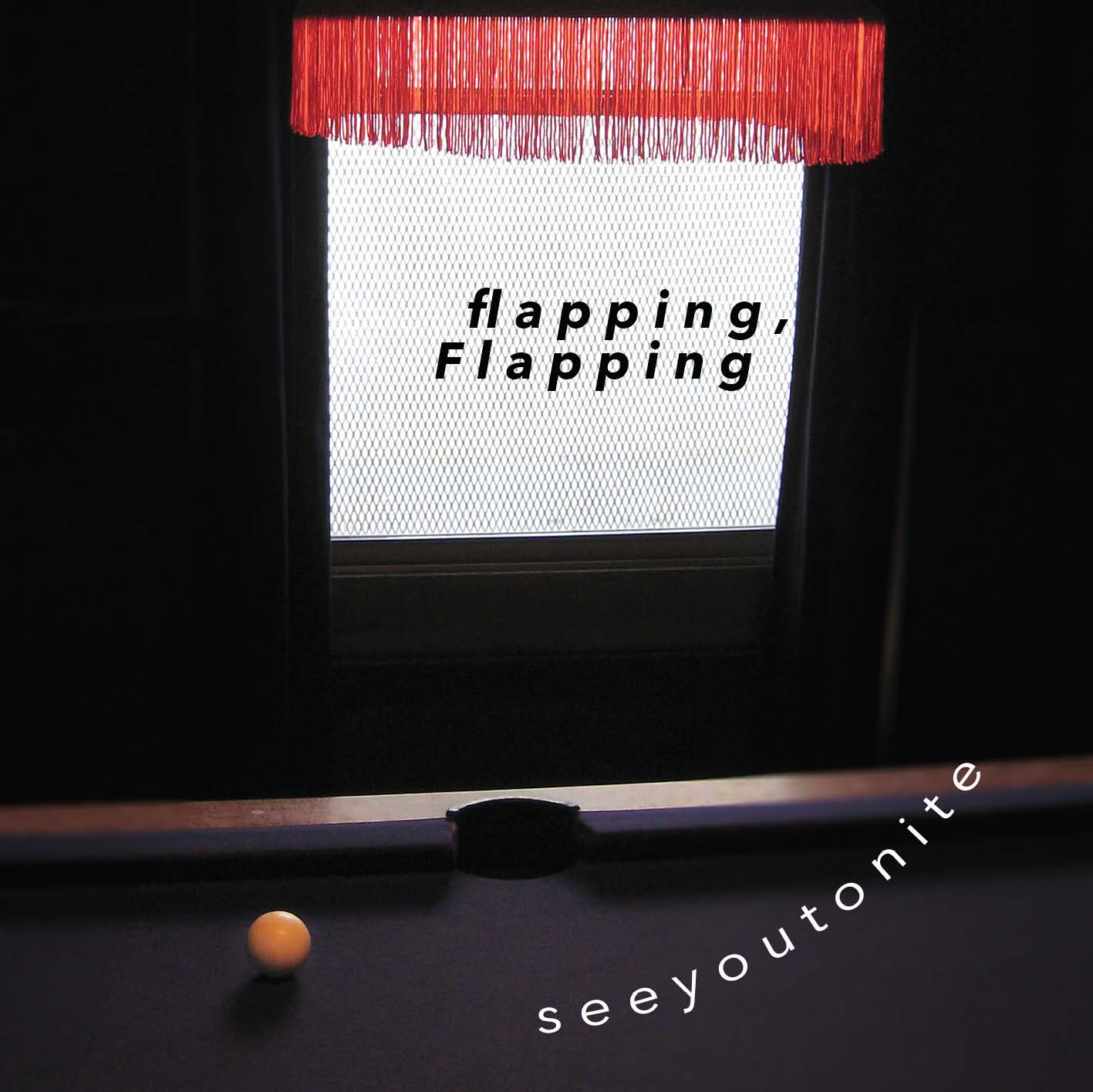 Recorded and mixed by Tom Lackner, at the Tompound

Additional recording by Bruce Winter (“Into Talk Radio,” “The Dawning of…,”

"Drawing inspiration from classic rock heavyweights such as the Band and Little Feat, and filtered through jazz’s sophisticated harmonic sensibility, the record sits comfortably alongside the work of better-known '80s/'90s acts such as Pavement and R.E.M. Not for nothing has this creative duo of Woodard and Lackner gone to school with the world's top improvisers; seeyoutonite sounds both fresh and timeless. The gorgeous and warmly inviting production, all of which took place at Lackner's studio on Mountain Drive, adds mightily to the album's sonic appeal.

"In a town often touted for its resemblance to paradise, music ought to be equally divine. With the arrival of flapping, Flapping’s seeyoutonite, Santa Barbara has got the world-class rock band it deserves."

Recorded on Glen's 24-track Studer machine in Tom's basement studio between April Fool's Day and the end of May in 1996, this odd yet taste-treaty 11-song pop album is the sum of its parts, at the very least. The title refers to a modest, idyllic avenue and a fondly-recalled creative haven, home to two studios (i.e. A) transformed by fire. 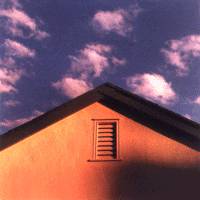 "At their best, which is fortunately much of the time, this quartet makes really thoughtful guitar rock blending XTC, Toad the Wet Sprocket and some of those guit-pop bands form the Athens, Georgia heyday of yesterday. Try, for instance, "Doubly Doubting Thomas..." --Seth Berner, Portland, ME FACE

"flapping, Flapping is (among other things) a side project for Toad the Wet Sprocket frontman Glen Phillips. If you’re into Toad, "Montgomery Street" would be a good investment. Some songs, such as "Doubly Doubting Thomas" reek of classic Wet Sprocket, but this album’s big strength lies in the fact that with two other Flapping band members (besides Phillips) contributing material, no one song sounds quite like another (and the disc as a whole doesn’t seem a Toad knock-off). Furthermore, two of Phillip’s offerings, "Positively Double Negative" (alternative title, "Toad meets Funkadelic"?) and "Eye Wannabe Likes Lye" (and the Family Stone maybe?), reveal a fascinatingly funky side to the singer. Other nice tracks include the brit-pop tinged "Lazy Susan" and "The Frogs are Alive" and the just-plain-fun "Calling Matt" and "My Favorite Guitar (fruit)". --nw, Splendid e-zine

"Montgomery Street is the new CD form the collective soul of the mysteriously monikered flapping, Flapping. It is an awesome collection of fat tracks that span the globe of musical interests. Joe Woodard shows up with an array of tone and approach on the guitar and some beautifully imagined lyrics. Glen Phillips vocally shows why he gets paid more than me in this world by turning out some w-w-wicked vocal acrobatics—is that Patti Labelle? Bruce Winter rounds out some beautiful harmony, and Tom Lackner again pulls an array of tones out of the drums. Check it out, get funky, get pensive, get smiley…"

Recorded early in 1995, the debut album by a polyglotted rock band which swerves over the landscape of Beatle-esquerie and stops at odd places along the path towards... what? Apocalyptic bubblegum? Special guests and assorted noises contibute to the sum effect.

Songs by Woodard except where noted

"...in their capable hands, flapping is not sloppy. It's four creative people jamming on top of a solid base of musical talent and inventive, push-the-envelope songwriting. The band is indulgent, but these indiscretions are always forgivable...the album warrants attention. It embodies the pop experimentalism and hooks of Sgt. Pepper with an ironic approach of anti-pop pop performers like Pavement and Liz Phair, and has layers that open up with repeated listening...What makes this disc truly worth spinning...is its reigning sense of musical intelligence and maturity of lyric, qualities which are laid nicely in a nest of cheeky good humor and backed with truly kick-ass rock instrumentation." --Russ Spencer, Santa Barbara Independent

"Eccentric and fiercely eclectic, the Santa Barbara quartet known as flapping, Flapping, FLAPPING leaves a lasting first impression on its just-released debut recording, TEX. The independently-produced disc features 13 tracks that run the gamut from skewed, introspective balladry to quirky alternative rock and atmospheric pop. And though the band boasts three lead vocalists, there is a uniformity to the sound that keeps the proceedings from seeming disjointed."--Bruce Britt, Ventura Star