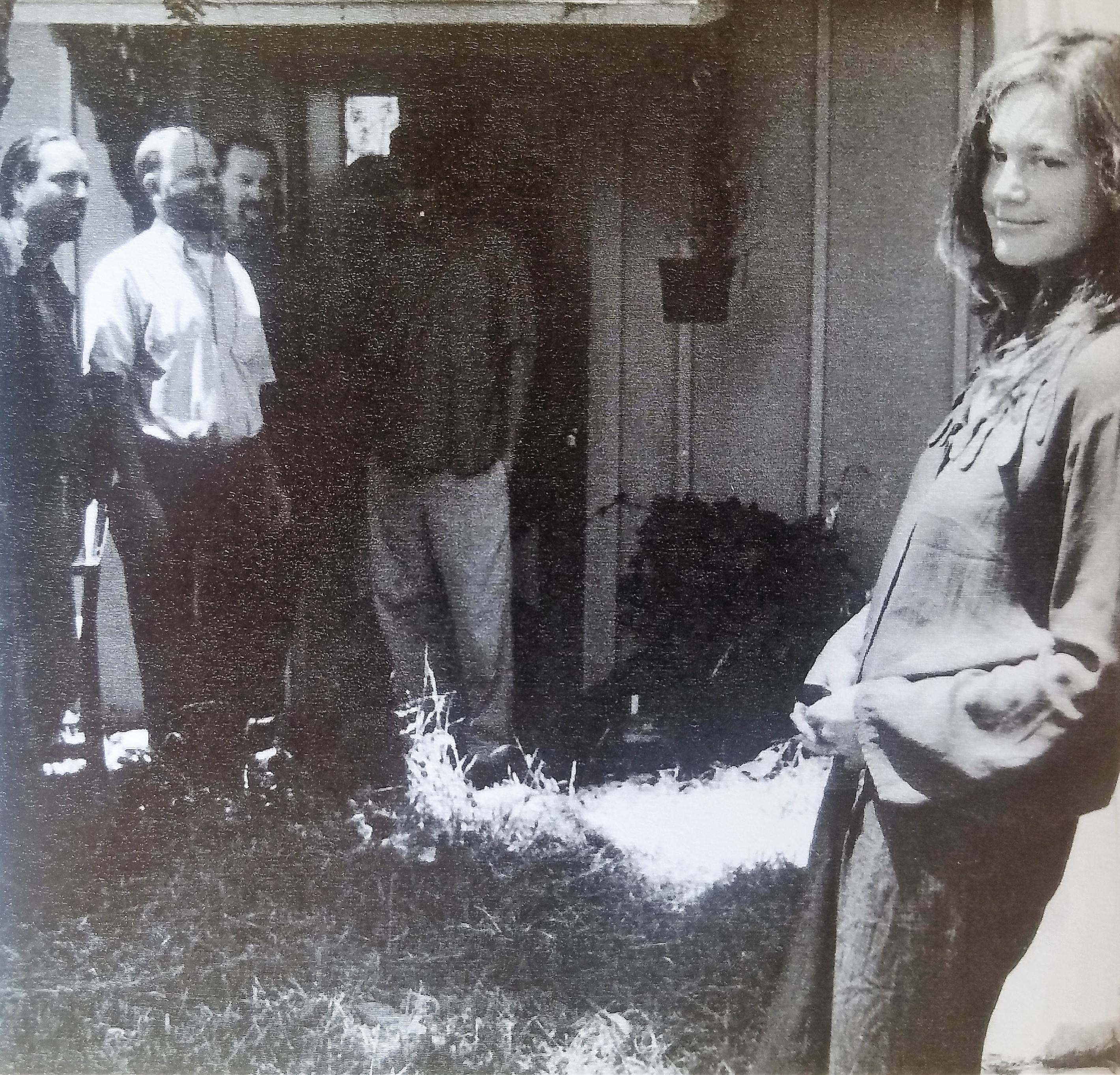 Are Our Oars Out? to buy

Dudley was(/is?) a Santa Barbara-based art-folk-pop entity, built around the hard-to-define, easy-to-love music of singer-songwriter Ellen Turner. For the last few years, it was Dudley the Band, and Ellen backed by guitarist Joe Woodard, bassist Chris Symer, and drummer Tom Lackner. They're prone to describe their music as "quirky" and "heartfelt." Dudley has three albums to show for the effort, doin' jack (1998), Are Our Oars Out? (1996), and their debut, Public Nudism (1994). Now based in Durango, Colorado but working out of the Santa Barbara studio known as "the Tompound," Ellen is back on track in 2020, nearly finished with a new CD.

"The colorful, quirky, aqueous cover image on Doin' Jack seems to imply that something just as beguiling lies within the CD's jewel case. Does it deliver? You betcha... Ellen Turner's floating vocal drawl suggests she is singing an intimate disclosure to the listener. Her voice, paired with the emotional exposure of the lyrics ("I have eyes like yours that look right into me, But mine are not so kind, what do you see in me?" from "Eyes"), conjure a Sunday morning mood: either evoking the euphoria of waking up next to the one you love, or waking up to the emotional wreckage of a lover's revelations from the previous night..."

Produced by Wayne Sabbak and Dudley, Recorded and mixed by Wayne Sabbak at Riviera Studios, Santa Barbara, CA, Except "Dusty Lungs for the Experience," recorded by Robinson Eikenberry on Montgomery Street, All songs by Ellen Turner, Copyright 1998, Do Right Music

Dudley, Are Our Oars Out

All songs by Ellen Turner

Richard Singer, writing in Option, opined that the sound is "…somewhat playful, folk-tinged, soft-side-of-alternative rock… a welcome break from the self-seriousness exhibited by other female singer/songwriters… intriguing, nightmarish side that peeks out from the lyrics once in awhile…"

Frank Warren of the San Luis Obispo Telegraph-Tribune said of the new album: "the record has moments of country warmth, off-time folk, and some of the most fragile musical moments you will ever hear on tape…this is a group of artists who paint and sculpt brilliant creations for the senses, and when you least expect it, get into your soul."

Mark Fahey, writing in the Santa Barbara Independent, said: "even as instrumentals, these songs are beautiful, and coupled with Ellen’s voice, it is indeed a rare beauty in this time of loud is more." In the Santa Barbara News-Press, Steve Libowitz called the album "a treasure trove of poetry and haunting images."

ublic Nudism, a popular song cycle originally released in 1994 on cassette-only and now available on CD, was the debut album by the unique art-pop-folk group from Santa Barbara group known as Dudley. It began as a solo project by singer-songwriter Ellen Turner, and the group�guitarist Joe Woodard, drummer Tom Lackner, and bassist Chris Symer--formed around the recording project.

"Ellen Turner, the primary force behind Dudley, has put together a collection of pop with a relaxing folk undercurrent. Turner's velvety, enveloping voice is reminiscent of Frente!'s Angie Hart in its sweeping sighs. In fact, many moments here recall Frente!, but without their determined quirkiness...every song on the album is quite solid, providing plenty of fine moments. Centering on the well-worn trials of finding/keeping/losing love, the often melancholy but never mawkish tunes highlight Turner's enchanting vocals..." -- rd, Splendid e-zine

All songs by Ellen Turner

to order HI products, head over to the Products page.